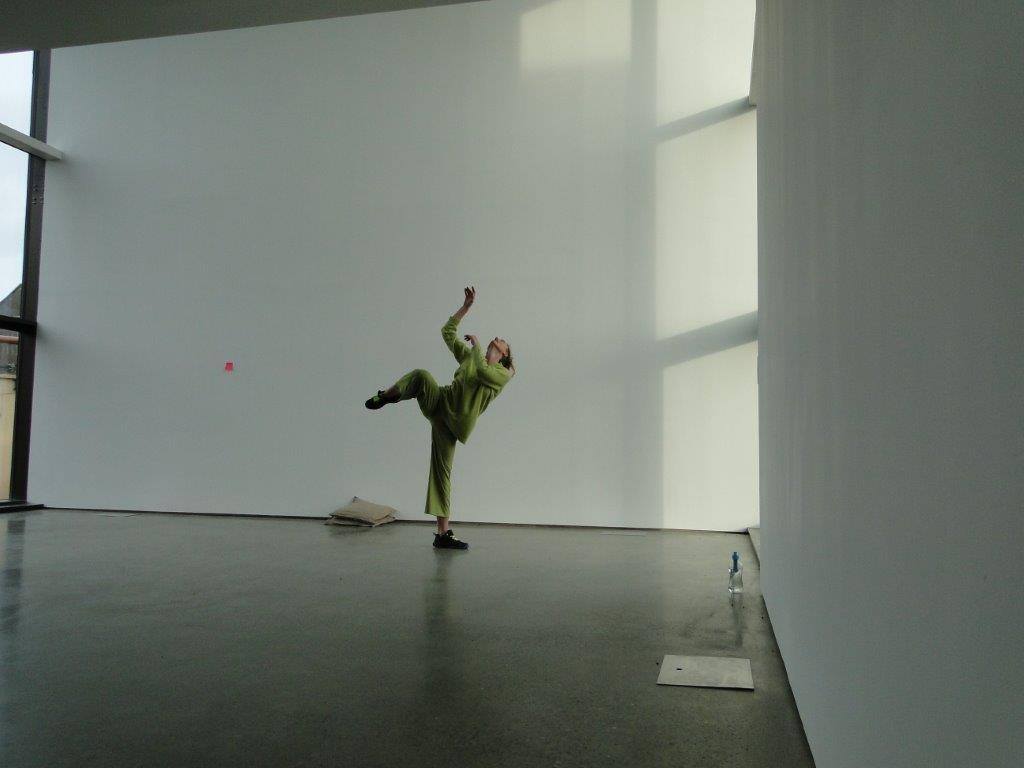 West Cork Arts Centre in partnership with Cork County Council has received an Arts Council Award for their second dance residency for Uillinn with dance artist Tara Brandel. This second residency is about Consolidation and Completion inviting peers and public to experience aspects of her creative process through a community-based dance programme, studio sharings and performance.

The focus of Tara’s studio practice will be on developing a solo dance theatre performance Cappaghglass. The idea for this piece was borne out of a series of interactions and improvisations in her first year at Uillinn. Throughout the development of this work, Tara will engage in an online and studio based mentorship with Berlin / San Francisco based choreographer Jess Curtis. The public will be invited to see the work on two occasions during the year to witness and collaborate in the process.

Performance is central to the residency and Tara will perform work from her own company Croí Glan who celebrate their 10th Anniversary with a double bill of new works; Fancy Dress with Ireland's leading choreographer David Bolger and Remote, directed by Jess Curtis. The residency also hosts a dance platform for other dance performers in Ireland to come and share their work. This year we welcome Luke Murphy to come and perform On Triumph and Trauma and Phillipa Donollan from the CoisCéim Broadreach programme

Tara has also initiated a number of improvised site specific performances inviting guest artists to perform in and around Uillinn and the locality, interacting with the building and the environment and wearing Lime Green. This vivid colour provides a striking contrast to the rusty orange exterior of the building, drawing the eye to these compelling site specific dance pieces, making contemporary dance more visible, by bringing it into spaces where it is not usually seen.

Tara will take this concept further by an interaction with a familiar everyday object, the car, a complex machine that travels at high velocity. Invited guest artists will perform with her on series dance pieces, in and around a car in unusual and highly physical ways. This consolidates her aim of making contemporary dance more visible, by dancing in a playful and irreverent way in non-dance places and spaces.

Tara’s community-based dance programme is all about engaging the public in her work processes and widening the appeal of contemporary dance. She will deliver regular classes in Contemporary Dance and Aerial for teens and adults.

A new feature of this year’s residency is Listening to Art, an experimental kinaesthetic experience which invites members of the public to join Tara in her Lime Green performances to improvise and interact with the artwork in the gallery. These workshops will lead participants through a process of experiencing and responding to visual art through the senses of smell, touch, and hearing, and most importantly through movement and body sensation.

Tara will also continue her work in developing West Cork Inclusive Dance, a programme that was initiated in partnership with West Cork Arts Centre in 2012. Her role this year will be to mentor facilitators Josephine McCarthy and Patricia O’Sullivan in delivering the weekly sessions and choreographing their first site specific show for Clonakilty Wellness Week in May 2016.

Tara trained at the Laban Centre, London and with Steve Paxton, Nigel Charnick and Lloyd Newsom. She studied Integrated Dance with Axis Dance Company and Alito Alessi. She was a Co-Director of 848 Community Space, San Francisco from 2002-2004 and is currently Director of Croí Glan Dance Company, based in Ballydehob.

WCAC acknowledges the financial support of the Arts Council and Cork County Council in making these residencies possible.