ART AND ARCHIPELAGIC THINKING IN THE 21ST CENTURY

What is an Island? is an art-education project developed out of the BA in visual art degree on Sherkin Island in 2017 and culminated in a large-scale art-education event at the Skibbereen Arts festival in July 2018.

At a time of increasing nationalism and cultural insularity, the need to refresh our understanding of ‘relation’ in the world is more urgent than ever. What is an Island? is a durational artistic research event that explores 'relational form' through the concept of archipelagic thinking and collaborative arts practice. Facilitated by a unique pedagogical programme on a specially commissioned ferry, What is an Island? travelled the West Cork archipelago on a single summer day, in search of a deeper connection between islanders, artists and the world.

Responding to the question What is an Island?, three local artists were commissioned to develop work on one of three islands in the west cork archipelago, they are: Sherkin Island (Mona O’Driscoll), Heir Island (Tess Leak) and Long Island(art manoeuvres). Each of the art events were connected by a specially commissioned ferry on the 30th July. The ferry supported a unique pedagogical programme, titled: The Tidalectic Lecture series,, which brought together thinkers, educators and government officials participants to engage with the project.

For more on the The Tidalectic Lecture programme see this video

What is an Island ? from martin mccabe on Vimeo.

What is an Island? is a partnership event, developed by the BAVA on Sherkin Island @ Dublin School of Creative Arts and GradCAM (DIT), in partnership with CREATE: National Development Agency for Collaborative Arts and Uillinn: West Cork Arts Centre, to present a series of seminars, workshops and exhibitions exploring Art & Archipelagic Thinking in the 21st Century.

Check out Peter Murray's review of What is an Island? Art and Archipelagic Thinking in the 21st Century for Circa:- 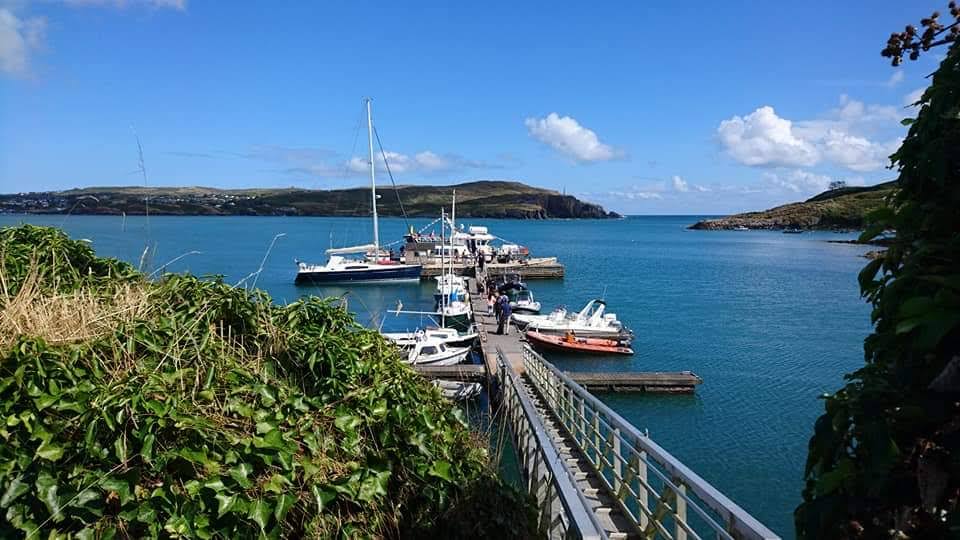 Peter Murray joined the What  is an Island? event on July 30th (courtesy of BAVA, DIT/ GradCAM, Uillinn and CREATE). The voyage took him to three islands off the coast of West Cork accompanied by a (motley) crew of artists, musicians, researchers and thinkers along the way. Here, he reports on an intense day of art actions, research and reflections, all focused on how islands are faring in the 21st century.